Designer or Decorator – Know and Manage the Difference

Designer or Decorator – Know and Manage the Difference

Guest Blogger: Reva Kussmaul, owner of Remodel411.  Reva began her practice as a remodeling coach in 1998.  Reva believes that remodeling should be a 50/50 relationship and if it wasn’t cultivated as such - nightmares can occur.  According to Reva, those nightmares are typically caused by a gap in communication and it could come from either side.  For Reva it became quite obvious that someone who knew about and cared about both sides was a missing piece to the puzzle of remodeling nightmares.   So, she decided that both homeowners and contractors could use a coach when it came to their relationship - the remodeling relationship that is.  In this guest blog Reva talks about the difference between an designer and a decorator.  Check out her book: Remodel 411: Secrets to a Successful Remodeling Relationship

IT’S ALL ABOUT THE TEAM-WORK! 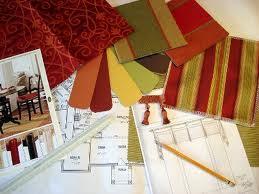 Contractors & Homeowners:  There is a distinct difference between someone who chooses pretty things for the home (see the definition for decorator below) and someone who knows what choosing pretty as well as designing for the building/installation of pretty is (see definition of designer below).

Designer:  A person who plans the form, look, or workings of something before its being made or built; a creator, planner, inventor; maker, architect, builder.

Decorator:  A person who decorates, in particular a person whose job is to decorate the interior of someone's home, by choosing colors, carpets and furnishings.

Many decorators call themselves designers and they are far from it

I’ve worked with them, so I know.  Now, I’m not making them wrong for what they do, I’m saying how they define themselves is incorrect.

Perhaps it’s easier to sell one’s services if called a designer as opposed to a decorator - maybe more money can be charged?!  However, there is a very important difference.  When a decorator, who sometimes has no true knowledge about building, has a plan B with possible change orders for “unforeseens”, etc.; the project suffers UNLESS they have consulted with the contractor and are willing to refer to their expertise.  Then, we have what is called “a team” and an experience is created.

This is also part of the remodeling relationship I write about in Remodel 411: Secrets to a Successful Remodeling Relationship. My advice to homeowners - choose a design-build firm that is full-service and if you feel a need to have someone help you decorate with pretty, simply ask if their company is staffed for that service as well.  Save yourself time, money as well as emotional fall-out.  In the long run, this is what will create a great remodeling relationship. 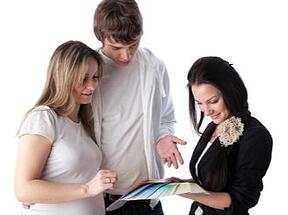 My suggestion to design/build firms is to have a decorator either on staff or one you’ve built a good relationship with available to you, that is willing to work in conjunction with the designer and/or contractor as far as the pretty aspect of such things as tile lay-out, mirror and sconce placement goes.  This is where creating a team comes into play.  When all parties are able to communicate clearly with one another and work together everyone wins.  That’s the whole point - everyone does what they’re good at, has a good time and works together so more business is forth-coming.

It’s about clear communication and teamwork

A great team, which includes quality craftsmanship, is what creates a win/win experience for all involved. It’s not about anyone being right or wrong, it’s about creating an amazing experience.