Checkout the links below to find articles and information discussing the lawsuit filed by Chris Dietz and Dietz Development against Jane Perez for the reviews she posted on Angie's List and Yelp.

I have also started adding content related to challenges businesses are having with internet referal services and solutions they being shared.

For the most part, the links are listed in chronological order, with the most recent at the beginning of the list.  The original compliant filed by Dietz Development is at the bottom of the list.

If you know of other appropriate articles and/or information that can be added to this list please email me the link(s) and I will include them here.

The reviews are in — and they’ll cost a Staten Island woman $1,000.   Judge claims that woman's comments on a floor refinishing business went from opinion to libel.

As Yelp is one of the largest rating sites, a body of case law has started to form around actions that have taken place on the site by users, and how to handle negative reviews online.

The online comments started almost immediately, most of them venting about the consumer-review service.

Yelp: You can trust our reviews

It's the second time that the FTC has investigated the firm's advertising practices and not taken any action.

Can you get sued for leaving a bad review on Trip Advisor or Yelp? (+video)

Hotel Quebec sued a guest for $95,000 after a bad review. ... based contractor owned by Christopher Dietz, who sued a negative Yelp reviewer for ...

Can I Sue Over a Negative Review Online?

In this lawsuit, construction company Dietz Development alleged that homeowner Jane Perez cost the company more than $800,000 in job ...

There's "nothing more to prove," the defendant's attorney says. But fallout from the case continues

Should Remodelers Try to Kill Angie's List by Boycotting It?

A REMODELING reader recently suggested that the best way to fight Angie's List would be to ignore it—starving it of the funds it needs to survive. That's boycott talk. Do you agree? Let us know.

Both sides win some, lose some in controversial Virginia case.

In Yelp review lawsuit, defamation is all around—so everyone loses

Homeowner rants about contractor, contractor responds, and everything ends in court.

The legal case examines the areas of Internet free speech and the First Amendment. The Washington Post notes that the case is being "closely watched by First Amendment advocates and businesses alike."

Negative Online Review Lawsuit Back in Court on Monday

An Austin businessman wants the Texas Supreme Court to scrub from the Internet what he says are defamatory comments posted by an old boss.

Justices on the state's highest civil court on Thursday weighed broader questions about cyberbullying, hate speech and the First Amendment while hearing a case with far lower stakes.

How To Respond to Online Reviews

Online reviews and ratings of your company--both positive and negative--are out there for all to see. You can ignore them, but they WILL affect your company's sales. Here's how to deal with them

A Virginia court has set Jan. 27-29 as the dates to hear a remodeler's lawsuit against a customer accused of posting allegations of criminal behavior as part of reviews she posted on Yelp and Angie's List

Letter to the Editor: Angie’s List Doesn’t Care About Contractors

Howard Falkow, a metro New York remodeler, tells his own story to back up his assertion that Angie's List references aren't worth the money that the review site charges our profession

I think the lawsuit overall will be a good thing, providing the Perfect Storm scenario doesn't pass thru and the contractor looses. I agree that social media is here to stay and like it or not, the construction business is going to have to come to grips with it.

Applebee’s – How NOT To Handle a Social Media Disaster

It all started with a photo on Reddit when an Applebee’s waitress posted a photo of a receipt to the popular content sharing website, displaying a somewhat rude note from a customer.

Based on the questions they ask him they either, they did not prepare very well, they weren't listening to his answers…

Online review sites can be either friend or foe to remodelers. REPLACEMENT CONTRACTOR columnist Mike Damora weighs in on what drives Angie's List: Is it is a public service provider or an online lead generator?

If You Can't Say Something Nice, Get Insurance

Whether the Dietz lawsuit, filed in October, has any merit has yet to be decided, but it serves as an important reminder if you want to be an online critic: If you can't say anything nice, check your insurance coverage to make sure you're protected in case you're sued. And don't give someone legitimate grounds for legal action.

A trove of business owners' complaints to the Federal Trade Commission reportedly reveals many had a consistent beef: YELP, an Internet site for customer reviews, put pressure on small businesses to buy ads by skewing reviews to favor advertisers.

Accusations of extortion might seem like a stretch, but not if you've been following Yelp's shaky history with small business.

Can You Be Sued If You Give A Bad Review On Yelp?

These types of lawsuits are becoming increasingly popular and some lawyers are suggesting that those companies who feel threatened are more likely to file these types of suits.

Businesses: ‘Yelp is the thug of the Internet’

Please help the business people from the Internet Mafia,” pleads a business owner to the Federal Trade Commission. “Yelp is the thug of the Internet,” declares another.

A homeowner's negative review of a District of Columbia contractor can be left up on the consumer review website Yelp.com, the Virginia Supreme Court has ruled in a reversal of a lower court order.

The Perils of Posting Scathing Reviews on Yelp and Angie's List

Reviewers, take heed: If you feel a civic duty to post a scathing screed, warning others to steer clear of a particular establishment, like a restaurant or a hotel, or a service provider, like a doctor or a home contractor, you could face a defamation suit.

Negative Yelp review will not be censored, Virginia court rules

A Virginia court has reversed a preliminary injunction against a Yelp user that would have required her to censor a negative review of a business. Online rights advocacy groups are calling the decision a win for freedom of speech on the Web.

Americans take their freedom of speech as an inalienable right and correctly so but freedoms carry responsibilities and freedom of speech has some restraints, one is you are not free to slander or libel someone.

The defendant is appealing to the Virginia Supreme Court. Oh, and Ralph Nader and his organization Public Citizen is providing the attorney(s) for the appeal.

There Is A Place Where Businesses Can Review Bad Customers

Many business owners have expressed a desire for a web site where business owners can post reviews about bad customers.   So I did some research to see what’s out there and I found two.

Dietz’s story is one that unfortunately many other contractors can relate to.  The difference is that Dietz stepped up to the plate to do something about it.  He got mad and decided he wasn’t going to take it anymore!

Public Citizen and the ACLU are now representing a Virginia woman sued for defamation over a negative Yelp review, saying a preliminary injunction issued against her amounts to censorship.

Woman Is Being Sued For Posting A Negative Review On Yelp

Jane Perez hired her high school classmate Christopher Dietz to do some work on her home in Fairfax, Va. According to his complaint, his company, Dietz Development, completed the work, but then Perez wanted more work done and refused to pay.

Video on NBCNews.com offered Dietz's side of the story, even though the interviews don't seem to get it.

But there is also a potential backlash from taking legal action, as Dietz is likely finding out. Although Perez's negative review is gone from Dietz Development's Yelp Page, several poor ratings have posted on the page since the story of the lawsuit ...

"We Can't Be Bullied Around"

Do you support this remodeler for taking his case to court? How else can remodelers stand up for themselves, either individually or collectively? (Discussion with lots of contractor opinions)

Vindication: Suing a Client for a Negative Online Review

In a decision that will have remodelers and contractors cheering, a Virginia court ruled on December 5th that a dissatisfied customer has to pull down part of the negative review she put on Yelp and Angie's List about the contractor who remodeled her Falls Church townhouse.

Virginia woman is sued over her Yelp review

Angered by what she thought was shoddy work on her home, Fairfax resident Jane Perez did what has become the go-to form of retail vengeance in the Internet age: She logged on to Yelp and job.

A local contractor was victorious in court Wednesday after suing a former client for a negative review she posted on Yelp about  the work he completed.

Better think twice before you slam a business with a bad review on Yelp - one Virginia woman is being sued for it.

A Fairfax woman being sued for defamation over her negative reviews on Yelp and Angie’s List must delete certain accusations and is barred from repeating them in new posts, a judge ruled Wednesday.

Response from Perez to the complaint by Dietz

The response from Jane Perez regarding the complaint, filed in Fairfax County Circuit Court by Chris Dietz.

See the complaint filed in Fairfax County Circuit Court and reviews posted to sites such as Yelp and Angie's List. 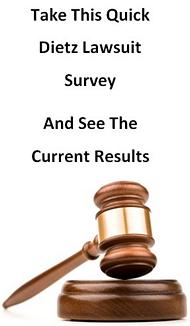 Looking for a Faster and More Acuurate Estimating Tool?

Not Sure Of Your True Burdened Labor Costs?