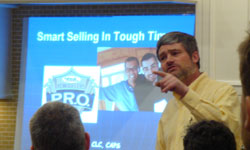 Shawn McCadden is a leading remodeling industry expert on the topic of Design/Build.  He was the owner of his own multi-million-dollar design/build remodeling business; Custom Contracting, Inc., in Arlington, Massachusetts, incorporated in 1991.  Accomplishing his original business goals and his written business plan, his business was employee managed by 1996 and he successfully sold his business in May 2004.

In the article below Shawn shares some of the history of his remodeling business, his company’s transition into design/build remodeling and some of the key lessons learned along the way.

In 1995 a local designer approached my company about the possibility of working together using Design/Build.   While listening to his ideas on how it might work, I responded; "The people in Arlington, MA will not buy into the idea of hiring one company to design and build their project without using the traditional method of planning and price comparison."  Who would commit to a remodeling project, with any remodeling company, before plans and specifications were completed?   Not only that, but who would give up the ability to get at least three prices for the same project?   The part about the conversation that I did find extremely intriguing was the idea that he was already working with other remodelers who were actually doing these things! 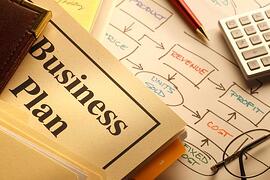 At that time I had three goals for my four year old remodeling company.  The first was to grow the company’s sales volume, second was to create a salable or self managing company, and third was to distance myself from the day to day operation of the company in order to pursue other activities and interests.   I had determined that in order to achieve these goals, a system for operating the business and standard operating procedures to support that system would be required. This was about the same time I discovered the opportunities of “Design/Build” as a method of business, rather than just a service to provide clients.

Through the use of Design/Build, Custom Contracting, Inc. enjoyed tremendous growth.   This had been realized by increasing project volume through the use of additional and or more expensive materials and subcontractor work, rather than dramatically increasing the need for additional staff or equipment.    The strategy kept us lean and mean.  We had almost no employee turnover and no employee layoffs since 1994.   If the then recent concerns about a slowdown in the economy and possibly the remodeling market became real, we had hoped to maintain our employees by reducing subcontracted labor.

The Benefits of Design/Build began to rise to the surface

Other than some challenges experienced after the tragedy of September 11, 2001, those six years were banner years for the economy as well as my company.  As a result, prospects, projects and profit came relatively easy.   It facilitated the ability to grow, invest in and remodel the company to achieve the desired business goals.  By using the one stop shopping advantage of Design/Build, we also enjoy a quicker prospect qualification process without the scrutiny of pricing comparison.  Company prospects were required to agree with this process or were eliminated.  A company qualified project budget agreement and a yes to construction were the prerequisites of starting the design process.   At first this was a hard sell, particularly with previous clients.   We discovered, through a structured “consultive” sales training program, that helping the prospect to “self discover” the differences between the “traditional” process and our definition of Design/Build made this all not only possible, but profitable for both the company and the prospect.  Most customers found that the perceived cost savings of design, bid, redesign, re-bid, and then hopefully build for the agreed price tended to be well offset by the speed, confidence and comfort built in to our Design/Build process.  In fact, once into the actual process of design, conditioned by an agreed budget, most clients comment on the savings.  This was not only in terms of project cost and value, but also in terms of their own time investment to get from thinking about it to enjoying the completed project.  Another benefit was the elimination of mutual mystification about budget and commitment.  It resulted from all parties always knowing and confirming commitments about what the project would cost as we move through the process.

As well as the internal changes required of our company to make this commitment, we discovered an additional challenge, partnering with another business. At first, we had the usual problems of who was in charge, who would lead the conversation at design meetings, and who would make the decisions as we moved forward. What we found was that with Design/Build, the design professional and the contractor must maintain a mutually beneficial relationship.

By working together towards the common goal of a well designed and profitable project, all parties benefited, including the homeowner. To do this required learning, as well as understanding each other’s current working styles.   With the help of that understanding, a hybrid method of project delivery evolved that allowed all parties to participate without conflict. Eventually, this designer joined the same sales training program our company participated in.   This proved to be a huge advantage.

Refinements in our process maximized the benefits and reduced costs

We also observed that the success of getting to the build stage was dramatically compromised by dealing with price at the end of the design.  Estimating is an important skill and strategic marketing advantage inherent to Design/Build.  Being able to establish and or confirm a realistic budget before design has started, and generate accurate pricing to share with the homeowner during the design process; identifies a no during the design, or eliminates the no at the end.   Typically, quick and accurate estimating can shorten the timeline between start of design and start of construction.   This process also has other residual benefits. It allows adequate pre-ordering of materials and subcontractors, profitable scheduling and the ability to accurately advise clients on costs and suggested alternatives that are in their best interest and at the same time profitable to the company.

The client and the company can also benefit from maximum project value for a couple of reasons.  First, as a company, we knew before we invest all of the planning and estimating time, that we already had a project with a committed client.  No more bidding on three to five projects in the hopes of landing one.   This translated into lower marketing costs, reduced overhead, and less time in the sales process for the sales staff.   Because of a team approach to the successful completion of projects, the system helped facilitate efficiency of planning and construction.  There’s no more finger pointing, but rather full mutually accepted responsibility.  Keep in mind however, that the contractor now assumes all responsibility for the performance of the design, not the subcontracted designer. After a bad experience due to an honest mistake, we discovered and added Errors and Omissions Insurance Coverage to protect us.

Looking back it wasn’t easy, but it was worth it

Sounds like, and is, a very involved evolutionary process. There was no handbook or prewritten plan to follow.  Our use of Design/Build eventually became a system that was the result of a hybrid of failures and successes.  As we moved through the evolution, we discovered what modifications and additional systems the company needed in place to support and monitor our plans and efforts.  Great commitment and resources were required to get there. Fortunately those same systems helped us to know what to sell, and at what price, to finance the evolution.  As a result, Design/Build was not a service we offer our clients, but rather the way we did business. We no longer bid on projects and in most cases wouldn’t even look at someone else’s drawings.  When we did decide to work with someone else’s plans, it was because the homeowner ultimately decided to finish those plans by using our Design/Build process to complete the drawings and provide the “real” specifications. It definitely had answered the goals of growing a profitable company that could benefit me, my employees, and our clients.   The company evolved to become employee managed, leaving me the time to pursue other interests and opportunities, including helping other remodelers to accomplish their goals by adopting the Design/Build business model.  In May of 2004 I sold the business to Bill Farnsworth who was then the general manager.  Today the business is still doing well despite the recession.  It is very rewarding to see Bill and his team carry on and build upon the legacy I had started.  I definitely must thank and share credit for my business and Design/Build successes with Bill and all of the dedicated employees at Custom Contracting Inc.

"Shawn, It was great to see you at the Riverhead Trade Show. Your seminar "Show Me The Money" was excellent. I read the book you gave me and I wanted to give you my review of it.

This book is a MUST READ for any contractor starting out, and most that consider themselves "established". As I read the book, I was already putting together a mental list of my contractor friends that I would lend this book to when I was done. Sadly (for them) as I neared the end of the book, I realized there is no way that I would part with my copy! I will of course tell them about it.

I remember that feeling of dread when the unexpected bills would arrive and the frustration that there must be a way to track these things with more precision.

This book reminded me of a combination of "The E-Myth" and "The Shack". Informative aa well as inspirational. I plan on re-reading the book again in a week or two with my hi lighter in hand! The explanation of the reports and the proper way to input them is invaluable.

Thank you for sharing this book with me."