Is Using 1099 Construction Workers Worth The Risk?

Is It Worth It To Risk Using 1099 Workers To Avoid Employee Responsibilities?

Many contractors are using what are refer to as 1099 workers to avoid employee and payroll related administrative responsibilities and financial costs.  Some use this tactic to reduce their costs to help win bids and or make more money. If you never get caught you may feel or believe it was worth it. On the other hand if you get caught, whether you knew what you were doing was illegal or you really believed what you were doing was OK, the financial and litigation related costs can kill your business. The chance of this happening has dramatically increased in certain areas of the country because Washington is offering money to states to help them do so. Read on to find out about what is already happening in Virginia.

In a well written article written by Courtney Malveaux of Thompson McMullan PC, Courtney shares a scary story where a GC jobsite is inspected by VA’s version of OSHA and makes and on-site determination that certain “Independent Contractors” were actually employees, triggering the automatic loss of any ability to negotiate violation penalty reductions. The story gets much scarier as you read on; I suggest you read the whole article.

“Under the new policy, if the inspector declares that your contractors should be considered employees, watch out.  You’re paying full freight on each penalty, without exception.  Your only recourse would be legal action.” Courtney Malveaux

The part I found most scary in the story was that the contractors who take this risk, for whatever reason they justify doing so, are automatically assumed to be guilty by the inspectors.   If that happens to you it means you are guilty until proven innocent, at your own expense to try to do so. And, even if you eventually win your legal battle, you are not entitled to receive any damages for your challenges. So your legal fees cannot be recouped.

That means you have to pay up on any fines, at their full rate (anywhere from $7K to 70K per violation) right away. Then you have to decide if you are willing to wait for your legal case to make it through a legal system sponsored by the same entity that is accusing your business.

Collateral damages may be unavoidable

From what I have witness I know the story can go even further than explained in the article. For example if the 1099’s are deemed to be employees you may also become responsible for all employment related taxes on all the money you have paid to them to date, plus fines of course. The same may happen with Workers Compensation and General Liability insurance coverage. Again the likelihood of these things happening has also become more likely. For example in Massachusetts several different state departments are participating in a memorandum of understanding, committing to refer observed violators discovered by each department to the other departments. In a 2012 article I reported on how OSHA and EPA have done the same regarding RRP Inspections.

As a business owner only you can decide the level of risk you are willing to take on by avoiding employment responsibilities. I recognize by doing so you may be saving your business and your customers money. At the same time by doing so perhaps both of you are preventing a worker, or many workers, from having the employment rights and benefits your customers expect and even demand at their jobs. Some know they are doing it. Some, I hope, just found out.

The Workers Compensation Rates and Inspection Bureau of Massachusetts (WCRIBMA) submitted a rate filing on December 27, 2013 to the Division of Insurance on behalf of its members recommending a 7.7% increase in average rates for industrial classes. Workers compensation rates for construction workers fall under the industrial classes.

So if the rate hike is approved contractors can expect their workers compensation premiums to increase. Using some quick math that means for classification code #5403, Carpentry- not otherwise classified, the rate for a carpenter being paid $25.00/hr will increase by about $.74/hr, or a total increase of about $1539.00 for the full year (2080 hours).

That should help motivate contractors to add employees and help stimulate the economy...  Ready for more good news? 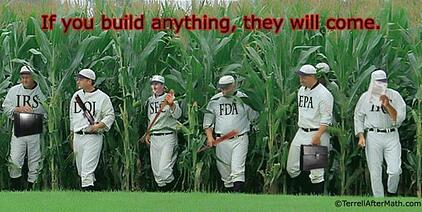 Paying more is one thing, how about having to pay retroactively!

The proposed effective date of the rate filing is January 1, 2014. That means if the rate hike is approved as submitted insurance companies will be able to retroactively charge contractors the new rate all the way back to the first of the year.  Again, using some quick math, if for example the rate hike is approved as of March 1st, 2014, that means for a $25/hr carpenter under classification code #5403 the retroactive premium for January and February would be just under $255.00

Here’s the message the WCRIB is suggesting insurance carriers send out with all new and renewal policies:

“A filing is being considered by the Massachusetts Division of Insurance which may result in premiums different from those shown on the policy.   If it does, we will issue an endorsement to show the new premiums and their effective date.”

If you don’t like it you can speak your mind 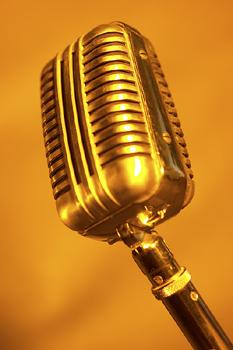 If you go, can you please ask if they will also write into the changes that contractors can retroactively bill their customers for the increase as well, and that all customers must pay the increase within 30 days of receiving the invoice from their contractor….?

If you plan to attend the hearing

Any person who wishes to participate as an interested party in this hearing must comply with the procedures set forth in 211 CMR 110.05 (3).  Persons who wish to present unsworn oral or written statements at the January 30, 2014 hearing are asked to submit a notice of intent to comment no later than January 28, 2014. All other persons who wish to speak will be heard after those who notify the Division in advance.

It pays to be a NARI Member

I want to thank fellow EMNARI Member Tom Messier of Mason and Mason Insurance for making me aware of this so I could share it with you.  I have known Tom for over 15 years. One reason I continue to do business with him is because he proactively shares this kind of important information with me and the other contractors he works with.  Tom also shared with me that the state has not seen rate increases since 2001.  Maybe that makes us lucky.  They did try to increase the rates by 14% two years ago, but the increase was denied.  He also shared that in the past the rate increases typically have taken place on September 1st of the year they were approved.

Contractors, Will Your Use Of Subcontractors Land You In Jail too?

Contractors, Will Your Use Of Subcontractors Land You In Jail too?

Being a contractor is no longer an amateur sport.  Due to government regulations and laws a contractor can get into serious trouble if he or she is not following the rules of law.   Even if you were ignorant of those rules, the government will still hold you accountable to the legal responsibilities you must accept if you run a residential construction or remodeling business.  A few weeks back I shared how a GC and his subcontractor both got fined for not following the EPA’s RRP rule on the same job due to an anonymous tip.   Between the two businesses they could end up paying about $120,000.00 in fines.   In this blog article I want to make you aware of a contractor who may just go to jail for purposely cheating regarding workers compensation.

The owners of Triple Star Roofing in Wood County Ohio were recently found guilty of fraud for failing to report their payroll to the Ohio Bureau of Workers' Compensation.  Like the RRP violations mentioned above, their business was investigated after an anonymous tip.   During the investigation bank records were analyzed for the 2004 to 2008 time period.  The investigation found that checks were issued to the same individuals on a weekly basis with many of them indicating “payroll” in the memo section.  As a result the company owners now face possible prison terms of one to five years and fines of up to $10,000.  Additional charges are still pending for the 2009 to 2012 time periods.  I am sure you would agree, they are feeling a world of hurt and are probably scared as hell.

“Schemes like this to avoid paying premium undermine the purpose of workers’ comp insurance – to protect workers who are injured on the job – and will result in unwanted attention from our investigators.”

What about you and your business?

Are you operating illegally to save money and or to be the lowest bidder?  How would you answer the list of questions I pose below?  I don’t know the laws in your location, but remember, if you were in Ohio, and answered yes to any of them, you too might be facing jail time if you get caught.

These are some of the reasons the owners of Triple Star Roofing are facing potential jail time.   I wonder how their families are doing while they all wait to see what will happen.

So let’s just say you get caught, have to pay fines, but don’t actually have to go to jail.

How would you look at that?   I know one contractor who had that happen to him.  When I asked him about it he told me he was definitely scared about going to prison so he spent big money to hire a good lawyer to try to keep him out of prison.  He said the lawyer was successful but he was definitely sweating it right up until the final verdict.  He didn’t get any jail time but did have to pay a lot of money in fines.  He also told me that when everything was said and done, and based on all the money he saved over the years by cheating, the fine and lawyer fees were far less than the money he saved.  He told me he felt it was worth the risk.

I then asked him if I asked his wife and kids if they thought it was worth it what their response would be.  He told me he had never thought about that…