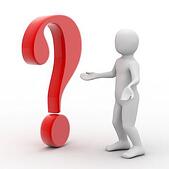 Any contractor who has worn the salesperson hat has experienced the “Your price is much higher than the other Guy” objection.    Some contractors freeze up when they hear this, perhaps falsely assuming all prospects are only seeking the lowest price.   On the other hand there are contractors who look at objections as opportunities.  These contractors, rather than see the objection as ending the sales call, see it as an opening to take advantage of.   A no may mean no, but an objection means “I am still thinking about it and haven’t made a decision yet”.

Next time a prospect tells you your price is higher than someone else’s try these tactics to keep the conversation moving and see if your prospect could justify paying more.  Notice I said “tactics”, not responses.  If you memorize the responses you may miss out on understanding why the tactics work.   The response is not a tactic, just a way to accomplish the tactic.   Make sure your responses sound like they are coming from you and fit the context of the conversation you are having with your prospects.

Tactics contractors can use to address the higher price question

Tactic #1- Find out if you are you being compared to a business the prospect would never hire?

Many home owners collect bids from contractors even though having met with them they would never hire them.  Then they still use that contractor’s bid as a point of reference.  This is like comparing the cost of a Ford to a Dodge pickup truck even though you would never buy a Ford.  To find out if your prospect is making a false comparison try asking something like: “Is there a reason you haven’t already hired that other guy?”  Depending on their response you might want to move to tactic #2 below

For many home owners choosing the right contractor to work with is just as important as the quality of the workmanship.   Consumers who have already done remodeling and had a bad experience with a contractor are great candidates for this tactic.  The purpose of the tactic is to get them talking about what happened last time, how it affected them, and how they will feel if the same thing happens again.   With this prospect first ask something like: “Is there a reason you aren’t working with the contractor who did your…?”  If this reveals you are on the right track says something like “Why haven’t you already hired one of the other contractors you have met with so far.”   Then, depending on their answer and the context, consider saying something like: “Were you hoping I could do something different than the other guys?”  Now, at least with this prospect, you’re back in sales mode!  Move to tactic #3.

Tactic #3- Help them discover that getting something different comes with a different price.

No one wants to pay more than they have to for anything.  Take gas for example.  It’s a commodity; you can get the same thing all over the place so why pay more for it if you don’t have to?  If you have been successful with tactic #2 above, to get tactic #3 started ask something like: “But you probably couldn’t justify paying more to avoid those disappointments, right?”

If they say no, or they say yes, ask them the same thing: “What do you think we should do at this point?”  By asking this question you will either give them opportunity to pay more and close the sale, or you give them the opportunity to say it isn’t going to work so you don’t have to be the one to say it.   Using this tactic can help you avoid the risk of being accused of not wanting to work for them.

Think about this next time you are worried about your price and your prospect’s reaction.

That’s why you need to learn tactics; not memorize responses!