The Boston EPA Office, in an effort to improve compliance with laws that protect children from lead paint poisoning, has announced it will be sending letters to approximately 200 home renovation and painting contractors, property management companies and landlords in and around New Haven, Conn. announcing a compliance assistance and enforcement initiative.  According to an April 7, 2014 press release the EPA letter outlines steps EPA will be taking to increase compliance by these entities with the EPA RRP Rule.

According to the press release the letter EPA is sending to New Haven-area contractors, landlords and property management companies invites these entities to an information session to be held at the New Haven Health Department office on April 16, 2014 from 3 to 6 pm where EPA says it will provide an overview of the RRP Rule requirements, and introduce an expedited settlement offer for one violation of the RRP Rule. It’s not clear from the press release what the settlement will be or what violations they are referring to.

WARNING: EPA also says they will also be inspecting to verify compliance

The letter will also notify the contractors that EPA will be inspecting a number of them in June 2014.  According to the press release EPA lead inspectors will inspect numerous renovation, painting and property management companies in the New Haven area regarding their compliance with the RRP Rule. The inspections may be followed up with enforcement.

Besides increasing protection for children’s health, EPA says it aims to ensure a “level playing field” for individuals and companies that are already complying with the RRP Rule.  To extend its reach, EPA says it is coordinating with many agencies, including the New Haven Health Department and the Connecticut Department of Public Health on this initiative.

Why New Haven CT and who might be next?

EPA says it is doing this initiative in the New Haven area because public health records indicate that New Haven has one of the highest rates of childhood lead exposure in New England.

So, will contractors be happy about this?

The RRP Rule has caused much controversy in the remodeling industry.  Some contractors want to see the rule go away altogether.  Others are OK with the rule and its purpose, but have complained that the lack of enforcement and the ineffective public outreach efforts to date have made it difficult to compete with business that do not comply; due to the additional costs related to rule compliance. 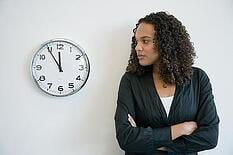 Time will tell whether this intuitive will help improve compliance in any significant way and or really have any effect on leveling the playing field.   Either way it’s likely that EPA will use the findings and enforcement of this initiative to capture the attention of contractors in the New Haven area.  Contractors outside of CT may also want to consider that this may be a test program that could eventually be put in place in other areas of the country.

If anyone reading this receives one of the letters I hope you will share it with me so I can share it here at the Design/Builders Blog.