NARI Member Merrick Testifies About Frustrations With EPA and RRP 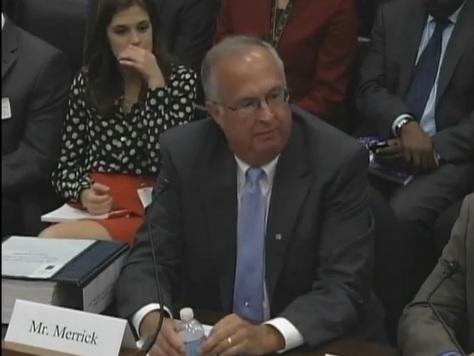 Yesterday, David Merrick, chairman of the NARI Government Affairs Committee and owner of Merrick Design and Build, testified before the House Small Business Committee about many of the concerns remodelers' have about the RRP Rule and the difficulties trying to effectively work with EPA.  I think David’s testimony spoke for the opinions of most NARI Members as well as for most remodelers.  Let me know what you think.

Click here to view the entire video which was just over one hour long.  David’s introduction and his testimony begin at about 19:50.

Here are some highlights I pulled from watching the video myself.

In response to questions posed by a representative overseeing the SBA (Ms. Peters?), David stands up for and points out the realities and challenges for smaller one or two man remodeling businesses starting at about 30:28. David stressed the burden record keeping has on such smaller businesses just trying to earn enough money within the time they have to produce their product, pointing out that even if they are doing the right things regarding the work they perform, they can be punished by EPA for paperwork challenges.

Many might miss this watching the video, but I think it exposes the lack of understanding many of those in our government have about the nature of the remodeling industry and the businesses that participate in the industry.  The same representative overseeing the SBA (Ms. Peters?) made the following comment at about 33:10 in what I observed to be an obvious effort to be sarcastic;

“And when I get my bid from a contractor on remodeling should I triple the time and double the money?  (She laughs) Just Kidding…”

Perhaps, like many contractors, EPA has a problem under estimating and under bidding?

At 58:56 Mr. Tipton asks: “So, effectively what you are saying is if the EPA is asking for input maybe it would be a good idea if they listened?   To that question Merrick replied that the EPA is always gracious about meeting with NARI and taking their input, but he further clarifies his response by commenting “They take our comments and disappear behind doors and we never hear from them again.”

I think it is worth listening to the balance of the video after Merrick’s comment to hear Mr. Tipton’s comments and opinions in support of more sensible oversight of EPA’s tactics, behavior, attitudes and performance.

During the hearing there was much banter regarding whether EPA needs more money to effectively regulate or alternately should get less money because of their poor performance.  I think they are missing the point.   We don’t have more money to give EPA unless we take it from somewhere else or borrow it from China and put the burden of paying for the borrowed money on our children’s future.  Maybe many of the the same children the rule is intended to protect.

Here is one example.  During the hearing Merrick points out That currently only 122,476 firms in the remodeling sector are considered EPA Lead-Certified Firms, out of the estimated 652,206 remodeling businesses in the United States.  Has EPA done a good job in the past 26 months since the rule took effect if 80% of remodeling contractors are still operating uncertified?  Are they really keeping our children safe from lead poisoning with the plan they assembled knowing the reality of available funding?

I think it goes back to original planning.  Try this analogy.

The simple way to put it is it’s great to figure out and plan for a nice seafood lobster dinner, but if you get to the store and you don’t have enough money then all that planning on a great seafood dinner is kind of wasted.  My suggestion is that the way EPA went about creating this rule is rather silly especially because they just don’t have the funding or the budget to administer and enforce the rule the way the rule was written.

Perhaps if EPA really understood our industry and how contractors operate, they would have considered a Design/Build approach!

Click here for a NARI Press Release about the hearing