Congress Introduces Another Amendment to the RRP Rule on June 7, 2012 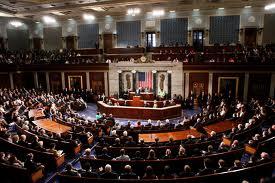 Today, according to an article by NAHB posted to the website HousingZone, Congressmen John Sullivan (R-Okla.) and Tim Murphy (R-Pa.) introduced H.R. 5911, the Lead Exposure Reduction Amendments Act of 2012, to improve the lead paint rule for remodelers who must comply with the costly work practices and record keeping requirements of the rule.

According to the article the amendment provisions include return of opt-out clause and limitations on expanding the rule.  I am not sure or clear at this time regarding exactly what this new amendment includes or the purpose of the amendment.  However the article indicates that H.R. 5911 is companion legislation to S.2148 introduced in March and responds to concerns from NAHB Remodelers and affiliated trade groups.

According to NAHB, The Lead Exposure Reduction Amendments Act of 2012 will: