92% of NARI Membership Supports Return of RRP Opt Out

92% of NARI Membership Supports Return of RRP Opt Out 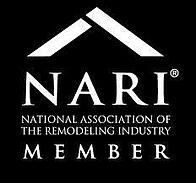 A recent survey by the National Association of the Remodeling Industry shows that a full majority of members responding to the survey agreed with the proposed return of the Opt Out provision of the RRP rule.

According to a March 2, 2012 press release NARI members overwhelmingly agreed (92%) that restoring the opt-out to the rule made the most sense for both the remodeling professional and the homeowner.  “I truly believe that as professional remodelers, we must be cognizant of our customer’s health and safety. However, once they are educated concerning lead hazards, ultimately, they should be able to make their own decisions regarding this issue,” advised a member who responded to the survey.

In another NARI survey of homeowners, deployed in June 2011, 51% of homeowners agreed with the statement, “I want the option to opt-out of the EPA’s RRP regulations.”

Here is the survey question the NARI Government Affairs committee sent out:

"In 2008, EPA finalized its EPA's Lead Renovation, Repair and Painting (LRRP) rules with an 'opt-out' provision that would have allowed homeowners to waive special work practices if there were no pregnant women or children under 6 living in the home. Two years later, EPA decided to remove the opt-out provision. Should NARI support legislation that restores the "opt-out" provision?" 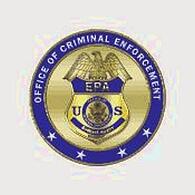 The NARI press release also clarified that NARI continues to work actively with the EPA on ways the agency can educate the public on the importance of hiring EPA-certified remodelers to do work on homes built before 1978. NARI has been and continues to push the agency for tougher enforcement of the rules to crack down on firms lacking the required EPA certification that are violating the rule and failing to protect homeowners.

Christopher Wright, CR, NARI’s Government Affairs Committee vice chair, added: “EPA’s current rules add costs to remodeling jobs regardless of whether people are at risk.  Higher costs, without an obvious link to protecting children and pregnant women, has prompted most home owners to do work themselves or to hire non-licensed contractors."

NARI also referred to President Obama’s Regulatory Reform Initiative requiring a top-to-bottom review of federal regulations to get rid of rules that are outdated and harmful to the economy.  The association takes the position that LRRP should be reformed to better accomplish its stated goal: to eliminate lead hazards in the home as a result of renovation activities.

Topics: Effects of the RRP Rule, Opt Out Related, Amendments, Enforcement and Inspections