A Few Steps in the Right Direction Regarding the RRP Rule

A Few Steps in the Right Direction Regarding the RRP Rule

Legislation introduced by Senator Inhofe (R) will soon be before the US Senate for consideration.  Inhofe introduced Bill 2148, the ‘‘Lead Exposure Reduction Amendments Act of 2012’’.  As well as several other amendments, the bill seeks to reinstate the RRP Opt Out provision that was previously removed when the Sierra Club sued the EPA back in 2009. Inhofe’s bill is also being supported by Senator Vittor (R-LA), Senator Coburn (R-OK), Senator Grassley (R-IA), Senator Blunt (R-MO), and Senator Enzi (R-WY).

The RRP Rule is a mess.  What we really need is a new well thought out rule to replace the existing rule.   We need a new rule that actually makes sense to follow, addresses the real sources of lead poisoning due to RRP activities, and one that takes into account the financial realities of supporting and enforcing such regulation.  And, the remodeling industry needs to be proactive this time in the rule’s writing, its content and its enforcement.

Unfortunately we are stuck with the RRP Rule. Maybe the best we can do is try to improve upon it.

It is obvious that someone helped Inhofe understand some of the challenges the rule has created for remodelers. That said there are some positive components found in Inhofe’s bill worth recognizing.

Check out this one in regards to reinstating the opt out provision.  It adds language to protect the contractor if the homeowner provides false information:

LIMITATION OF CONTRACTOR LIABILITY.—A contractor that receives written certification described in subparagraph (B)(ii) shall be exempt from liability resulting from any misrepresentation of the owner of the target housing.

This one prevents EPA from fining a certified firm that has created the proper documentation required, but made clerical errors filling it out, something several firms claim they have already been taken to task for by EPA: 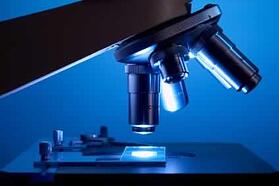 This one requires EPA to actually use science to justify its position regarding any future RRP related regulations related to residential as well as commercial properties: