The following information is from the NARI Government Affairs Committee’s newsletter of June 23, 2011 titled “NARI on the Hill”.

NARI surveyed remodeling businesses and homeowners nationwide in order to gain a better comprehension about: 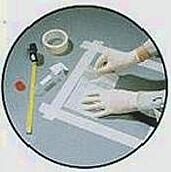 In addition, respondents reported that the majority of their homeowner clients were not familiar with the EPA's original LRRP Rule, implemented in April 2010.

77% of respondents indicated that homeowners have sought ways to skirt the rule, by doing parts of the work themselves, or by hiring a non-certified individual to do the work. More than half of homeowner respondents in a separate survey indicated they would like the option to opt out if small children or pregnant women are not living in their home. 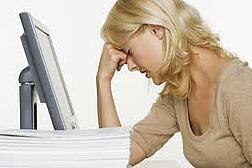 Why we did the surveys: We believe what all of you are saying out there, and we've been hearing your comments in blogs, social media, by talking to you directly. However, when trying to bring an issue to light in Washington, officials want current data to review, and providing anecdotal data as heard from third parties is typically seen as not credible, hence the surveys. NARI is sharing results of the research on Capitol Hill that EPA's implementation of the Renovation, Repair, and Painting rules may increase the likelihood of lead poisoning to children, as opposed to lowering the risk. Adding to this risk is the expected forthcoming of the Lead Clearance Rule, which will only exacerbate the problem. Additionally, NARI is reaching out to small business interest groups in Washington and media nationwide to make them aware of the survey results and how the rule is impacting your business.

***For more on NARI’s findings, read this blog article in the Wall Street Journal by Sarah E. Needleman.  The Comments are even more telling as contractors affected by the rule share their opinions.

Topics: Effects of the RRP Rule, Statistics, Opinions from Renovators