According to an article in the Detroit Free Press, Donald Patterson, a former lead inspector for the City of Detroit, was indicted last year on charges of soliciting bribes, wire fraud and making false statements about lead inspections. Among the allegations were that he allowed a 2-year-old child with high blood-lead levels to return to a home with lead-based paint hazards, falsely declaring it safe and making the child sicker. 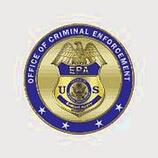 The following is News Release from EPA, published on February 8, 2011.  Though not specific to the RRP Rule, this action by both EPA and the FBI shows that willfull violators of lead related regulations are currently a major focus for EPA and they are serious about prosecuting violators.

EPA uses news releases and press releases like the one below to make the public aware of LBP related violations.   The use and purposes of the releases as tools is clearly explained in footnote #10 included inside the Consolidated Enforcement Response and Penalty Policy for the RRP Rule:

"EPA may, at its discretion, issue a press release or advisory to notify the public of the filing of an enforcement action, settlement, or adjudication concerning a person’s violation of TSCA. A press release can be a useful tool to notify the public of Agency actions for TSCA noncompliance and specifically, to educate the public on the requirements of LBP Program. The issuance of a press release or advisory as well as the nature of their contents are within the sole discretion of the Agency and shall not be subject to negotiation with the violator."

WASHINGTON — Former city of Detroit Health Department lead inspector Donald Patterson was sentenced today to three years and 10 months in prison and 24 months of supervised release on wire fraud charges stemming from an U.S. Environmental Protection Agency (EPA) investigation. In July 2010, Patterson pleaded guilty and admitted he accepted cash to provide a clean bill of health to homes in which he had either done no inspection or provided fraudulent lead removal training. Lead is a serious public health issue causing a range of health effects from behavioral problems and learning disabilities, to seizures and death. Children six years old and under are most at risk.

“The actions of this public official put the health and lives of children at risk,” said Cynthia Giles, assistant administrator for EPA’s Office of Enforcement and Compliance Assurance. “In this case, the local government inspector failed to do his job by submitting false reports for personal gain. Today’s sentencing shows that those who knowingly put the public at risk, particularly our most vulnerable citizens, our children, will be prosecuted to the fullest extent of the law.”

Patterson, 50, was employed by the city of Detroit as a lead paint inspector. His job was to ensure that all paint-based lead hazards were safely removed from the homes he inspected. Instead, Patterson used his position to obtain cash from the owners or renters of these homes in exchange for falsely certifying that the homes were free of lead or for providing fraudulent lead removal training. Patterson admitted that between October 2008 and August 2009 he had accepted cash totaling $1,350 in connection with fraudulent abatement of lead hazards to which children were being exposed at four separate properties.

The Patterson case was investigated by EPA and the FBI, with assistance from the city of Detroit and the state of Michigan.


Michigan residents who have concerns about possible lead hazards in their homes should call the Michigan Department of Community Health Hotline at 800-648-6942.