RRP And Politics As Usual

One Person’s Opinion: This is a guest blog submitted by Paul Lesieur to express his opinion.  Paul is a Yankee trained craftsman and the founder of www.remodelcrazy.com.  He comments and contributes to RRPedia quite often.  If you would like to express your opinion or offer something of value for RRPedia visitors let me know.

RRP And Politics As Usual 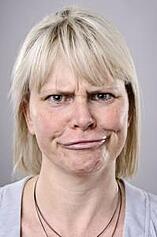 A lot has been written and said about the EPA's RRP rule. It's here and we need to deal with the impact it will put on home remodeling.

At first some contractors and even the NARI group were proudly proclaiming how this is perfect to separate themselves from the hacks. Truth is, only some members complied some did not. But still, most contractors agreed it’s good to protect the clients and their workers, there has never been an argument over that.

Some contractors saw it as government interference and an opportunity for lower priced criminals pretending to be contractors to have yet one more advantage in this price sensitive economy.

The new RRP rule is a game changer, it was badly promoted and even after all this time most homeowners are unaware of the RRP rule and many contractors, real estate professionals and lenders haven't heard of it. This is proving to be a political curve ball that may end up doing much more harm than good.

The RRP may be the event that began a movement to unite our industry, something our present organizations have failed to accomplish. It will certainly raise standards for safer and cleaner work sites, and it will provide a dialogue between Realtors, lenders and remodeling professionals with more than just the usual requests for fast and free estimates. The RRP may also insure that permits get issued only to registered firms.  Some contractors will successfully use the RRP rule to sell work, although this will be a small part of the market. So in a way this rule, if it ever gets known to the general public will make it clear that homeowners need to hire licensed companies for most work.

Some contractors will lose work, mostly at the middle where a difference of 1 or 2 thousand dollars in price can cost you the job. There is no getting around the fact that the RRP rule has added time and money to an already complicated process. Remodeling has always been a carefully orchestrated series of events and now we have added another process to the mix.

Public awareness is minimal. Misinformation is rampant and even the EPA is on record saying the costs for complying with the rule will be between $8 and $167 per job. I hope homeowners don't believe that.

Contractors will have yet another business expense that the unlicensed companies won't have. And the list goes on.

Some new and important changes will be coming our way concerning the RRP; mainly the states will be taking over interpreting and enforcing the rule. If you think it’s a pain now, wait until your state starts telling you how it wants things done.

When the bankers get educated what's going to happen when you apply to refinance your 1952 ranch home? Think this isn't being discussed with loan underwriters? Think again!

Here are some comments, all from licensed business owners, all have been in business for 10 to 30 years. These people have managed to grow their businesses and ride the ups and downs of our American economy, read what they have to say.

I am known for my clean work sites, some customers have even told me it was ok to be a little more messy, but I am who I am. Concerning the RRP, this will add time and money for certain jobs and that will make me less competitive, it can be a deal breaker if my competition isn't doing the RRP or charging for it.

That's always been my biggest problem with this RRP thing. It's not OUR lead. It's the homeowner's problem, and we are bound by law to handle it a certain way or face severe fines and possibly devastating civil suits. The handling costs money, and the client is responsible for absorbing that cost as part of the project.

But the clients don't seem to want to grasp this concept. The EPA has stacked the deck against us from the git-go. Publishing information that states the average cost for proper handling starts at $35??? And the homeowners are exempt if they do the work themselves.

Has anyone had any consistent success in getting homeowners to absorb a $1500 added cost (or more) for lead paint safe handling?

Every contractor I know is either ignoring the rule altogether, or eating the cost of the visqueen and tape and suits and all that crap just to get the damn job.
I have literally been laughed at by homeowners for including an RRP charge in my estimates. Most of them view it as a nanny state regulation and just more government control.
And why pay for it when there are dozens of other contractors that will either ignore it altogether or eat the cost themselves.

The government screwed the pooch on the way they handled this. And guess what, it isn't working and probably never will

We're a manufacturer of vinyl replacement windows in Northern NJ (NYC Metro), we sell retail and wholesale. We also do our own installations and have experienced a downturn in installations due to RRP costs. We are playing by the rules, but getting hammered from it.

I sweated my way through a one room paint proposal presentation that had a $568 charge for RRP because the house was built in 1977. Homeowners agreed after several eyebrows went up and down several times, 15 minutes of my lecturing about lead paint and the admission that their six year old grandson lives with them 4 days each week. I enjoy being a craftsman, not the tax collector or bureaucrat.

The homeowner opt-out is unfortunate- that is the most likely time for the target population (children) to be exposed to the contaminant.

So far the RRP rule is growing an underground group of non compliant contractors. It’s a divisive rule and even the supporters are starting to keep their opinions private. The solution is to study this rule and look for the loopholes that will repeal some of the suggested work practices. If the EPA says it cost $8 to $167 to comply then it should. Testing can be done (by contractors) to find some simple but effective work habits.