RRP and Picking Up The Pieces After DIY Renovations 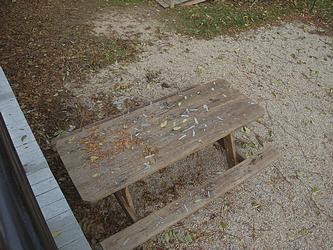 “Shawn, this is actually something that I've been thinking about for some months now. As a handyman, I'm called upon to come in after a 'DIYer' has attempted and failed to complete a project. How are contractors supposed to protect themselves with the knowledge that anyone (especially kids) in the house could already have lead poisoning? It's kind of extreme, but do we need to have everyone in the home get tested before we sign a contract to begin repairing their repair work? It's troubling to say the least. There's no doubt that if homeowners were held to the same rules regarding the RRP, there would be more contractor work as they (the homeowners) would not want to go through all the protective measures. Thoughts?”

This is an excellent observation and question. The liability in such a situation is huge. I just recently had a conversation about this topic with an attorney well familiar with the RRP rule. Her suggestion was to consider asking the home owner to do testing of the occupants and perhaps even dust wipe testing at the home before beginning any work to establish a point of reference. Discussing this with and asking the home owner to do so would obviously be a sensitive conversation and could likely be a tough sell for many contractors.

In the video below Attorney Andrea Goldman discusses options renovators can consider if they are asked to do RRP work following behind a DIY Home Owner.  This video was filmed at a site where very large lead paint chips were left all around a recently repainted deck.  The video shows paint scraping debris all over the ground and on a picnic table.  The house was right near the ocean.  As you can probably tell from the audio the wind was blowing, causing the paint chips and dust to be spread all around the yard and walkways.  Obviously there was total disregard for any containment or clean up at all, as evidenced by the size of the paint chips.

If you are looking for forms and signage to help you with comply with the EPA RRP rule, I recommend you check out what The Lead Paint Forms Store has to offer.