4/21/10: Status of MA taking over administration of the EPA RRP Rule

Massachusetts renovation contractors and others who work on homes and child occupied facilities built prior to 1978 need to be aware that the MA Division of Occupational Safety filed emergency regulations on April 2, 2010, at 454 CMR 22.00  The new regulations replace the previous Deleading regulations with new regulations entitled Deleading and Lead-Safe Renovation.

Even though the new regulations were not published in the Massachusetts Register until April 16, 2010, they actually went into effect on April 2, 2010, the date they were filed.  This apparently is a delay that is typical to the process.

What could be confusing for those affected by the law is that at the present time, the Division of Occupational Safety will not enforce the new regulations, unless and until it receives delegated authority from the Environmental Protection Agency to administer and enforce EPA's Renovation, Repair and Painting Rule.  So, businesses that are affected by the new regulations should actually ignore the MA regulations, at least for now.  Affected businesses should continue to obtain firm certification from the EPA, get workers trained under the EPA approved Certified Renovator training classes and follow the EPA RRP rule until further advised by the Massachusetts DOS.

Contractors trying to figure out and stay current on MA requirements will need to stay on top of what the state does and when they do it to avoid potential violations and any related fines.  This is because, even though the new EPA law that takes 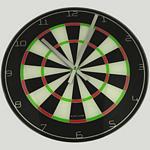 effect on April 22, 2010 was approved and announced in 2008, the state only recently began the process required by the EPA to take over administration of the rule.  Due to the time, research and related efforts required to write their own rule and get it approved by EPA, and the fact that they started the process so close to the EPA Rule's effective date, contractors will have to be aware of and work under three different sets of regulations during 2010.  First, depending on whom administers the program (DOS or EPA), there will be different rules.  Second, even when the MA emergency regulations are approved by EPA and become enforced by DOS in Massachusetts, those regulations will eventually be replaced by a new final rule.

On their web site, the DOS said that additional information will be available as the application process for delegated authority proceeds and that they will make that information available as soon as possible. In the interim, questions can be directed to DOS Environmental Engineers Patty Sutliff or Frank Kramarz by calling the DOS office at 617-969-7177

Further information on the RRP Rule, application forms for contractors, applicable fees and lists of approved training providers may be obtained through the following link: