Massachusetts Building Code Updates Contractors Might Want To Know About

Massachusetts Building Code Updates Contractors Might Want To Know About 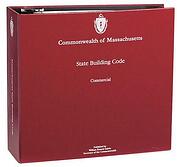 As a provider of MA CSL Continuing Education Classes I am on the MA Board of Building Regulations and Standards’ newsletter email list. Recently I got the information below regarding some building code amendments and new requirements. I am sharing them here as a way to help keep Massachusetts contractors informed.

I hope you find them helpful to know. Maybe you can consider them a late Christmas present from me that will save you some money and or some heartaches in the New Year!

The BBRS approved Masonry Reinforcing which adds provisions on what masonry elements should be considered as part of the lateral load resisting system for buildings (to resist wind and earthquakes for example) and revised the steel reinforcing requirements for masonry walls based on recent research and testing that reduces the number of bond beams required by substituting ladder type course reinforcement which is easier to construct.   These changes add clarity, construction flexibility and are expected to reduce construction cost. This amendment became effective on December 5, 2014.

The BBRS approved an amendment and figure to proactively address potential radon contamination in new one- and two-family dwellings and townhouses of three stories or less. Radon levels often can't be determined until dwellings are completed and enclosed. This amendment requires installing a simple relatively inexpensive passive radon control collection system with common materials during construction of new dwellings only in radon Zone 1 (which is Essex, Middlesex and Worcester counties), the zone with the highest risk of having elevated radon levels. If dangerous levels of radon are detected after construction, this system can then be voluntarily upgraded to an active (fan powered) radon mitigation system for much less cost than retrofitting.   This official amendment to the Massachusetts Residential Code is expected to become effective on January 2, 2015. Additional Information

The 2012 edition of the International Energy Conservation Code (IECC) is now in effect. The BBRS has amended it to include among other things: a Home Energy Rating System (HERS) option and specific requirements for mechanical ventilation of residential occupancies. The Amendments to IECC 2012 Residential and Amendments to IECC 2012 Commercial are noted in sidebar in the right margin. Also note that the IECC applies where the Stretch Code does not and guidance can be found here Stretch Code and IECC 2012 Application.

With the adoption of the IECC 2012 individuals testing duct leakage, whole house leakage (blower door), and mechanical ventilation must be certified (see Amendments to IECC 2012 Residential). However, because of the potential high demand for this service for residential building projects, individuals who are not certified but have demonstrated experience doing this work may continue to practice. The policy that the BBRS approved is copied here: An "approved third party" is "an individual who, in a notarized letter of verification, swears in writing under the penalties of perjury that he/she has demonstrated competence and at least two (2) years of experience in the field of blower door, and/or duct blasting and/or, mechanical ventilation testing" and that the building official shall accept said letter as part of the permit application, and that this policy shall expire on the date that the 9th edition of 780 CMR is in effect.

An amendment to the Residential Code for floor fire protection went into effect on July 1, 2014. This amendment applies for permit applications received on or after July 1 but does not apply retroactively for permit applications received on or before June 30, 2014. The MA amendment is copied below:
R501.3 Fire protection of floors. Floor assemblies not using dimension lumber or structural composite lumber equal to or greater than 2-inch nominal dimension, shall be provided with a ½ inch gypsum wallboard membrane, 5/8 inch wood structural panel membrane, or equivalent on the underside of the floor framing member unless required elsewhere in this code to be fire resistance rated.
Exceptions:
1. Other approved floor assemblies demonstrating equivalent fire performance.
2. Floor assemblies located directly over a space protected by an automatic sprinkler system in accordance with Section P2904, NFPA13D, or other approved equivalent sprinkler system.
3. Floor assemblies located directly over a crawl space not intended for storage or fuel-fired appliances.
4. One room or alcove per story not exceeding 80 square feet, when supported between structural walls.
To provide direction on Exception 1 an Official Interpretation was issued. In addition, the BBRS has required that submissions for equivalent fire performance be considered only if actual fire test data are submitted and reviewed by the BBRS. At this point in time only two I-Joist manufacturers, Weyerhaeuser and Boise Cascade have received approvals via Exception 1. More specifically:

Please note that the APA System Report SR-405 has not been approved by the BBRS. And until further notice and review by the BBRS no I-Joists produced by other manufacturers meet the BBRS requirement of R501.3 Exception 1: "Other approved floor assemblies demonstrating equivalent fire performance". BBRS is working with technical experts and manufacturers on this issue and will provide more information when it becomes available.

I hope you found this information helpful.

According to the email I received if you have questions on any of these please contact mike.guigli@state.ma.us

If you would like to subscribe to the MA Board of Building Regulations and Standards’ newsletter send a request email to kimberly.spencer@state.ma.us